Reasons to Exercise: 15 Ways Exercise Will See Your Productivity Soar 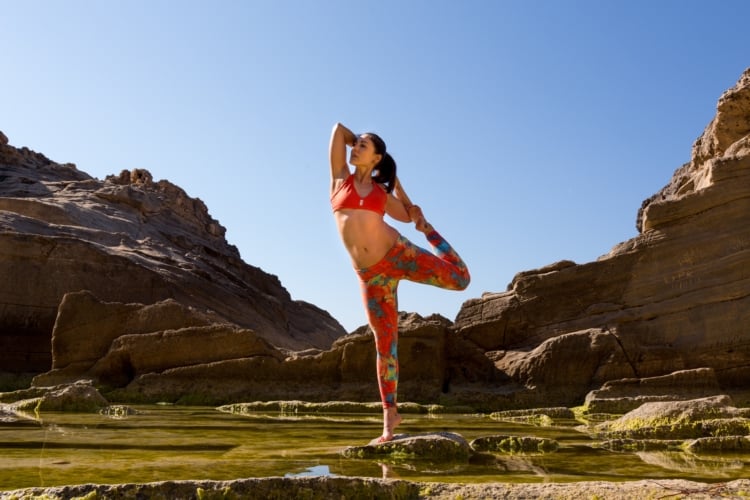 39% of the British population are physically inactive.

With all of the knowledge we have available, surely we can’t be short of reasons to exercise? Can we?

It seems possible that many of us have never built up a habit of exercising regularly. By doing this, we starve ourselves of the benefits that regular exercise brings. Both physical and mental.While productivity may not be the first thing you think of when summarising the benefits of daily exercise, it should be.

Anxiety levels are at an all time high in the modern world. There are many different theories on the cause of this, from social media use, to diet. However, one thing widely agreed in the field is that regular exercise lowers anxiety levels. According to some studies, exercise works as well as medication in reducing anxiety.
Effect on productivity: An anxious mind is detrimental to your productivity. It reduces your ability to think clearly and focus on the task ahead. By reducing anxiety levels, ideally at the start of the day, we make a focused mind more achievable. With this focus we can achieve more throughout the day. If morning exercise is not possible, then looking forward to exercise later in the day can significantly reduce anxiety in itself.

50-70 million adults in the USA have a sleep disorder.
A good night’s sleep is essential to having the most productive day you can. Some sleep problems will be beyond the realm of exercise. However, exercise will improve the chances of a good night’s sleep.
Exercise promotes daytime alertness, strengthen’s cardiac rhythms and aids the feeling of sleepiness. It has been shown to improve sleep for people with Insomnia and obstructive sleep Apnea.
Effect on productivity: Lack of sleep can lead to poor memory consolidation, a shorter attention span, impaired decision-making and slower reaction times.
This will have one of two effects:
Firstly, this could lead to sub-par performances in anything you’re doing leading to a lowering of standards.
Secondly, this could lead to tasks taking longer than they should, causing an imbalance in your day.
Exercise regularly, improve your sleep quality and watch a productivity surge follow.
The effects of regular exercise on sleep can take up to 30 days, so be patient.

An abundance of studies show how regular physical exercise helps your cognitive functioning.
In short, exercise stimulates the production of a protein which in turn triggers the production of another protein ( called a BDNF). This helps to preserve existing brain cells and activates brain stem cells to convert into new neurons.
It also promotes brain growth, particularly in the Hippocampus area of the brain (the region associated with memory).
In other words, exercise is awesome for your brain.
Effect on productivity: Sustained exercise will see an improvement in cognitive functioning. This will lead to sharper decision making and an improved quality of work in anything you do.

What is known: Exercise improves your immunity in certain areas, such as a Cold, Flu, or other illnesses.
What isn’t known: Exactly how exercise improves immune functioning. Theories include flushing bacteria out of lungs and airways. They include changes in antibodies and White Blood Cells as well as citing bacteria being killed by rising body temperatures. Finally, they include the effects of slowing down the release of stress hormones.
Effect on productivity: This is simple. Less time being ill allows more time for working on meaningful challenges of the day. The average adult gets 2-4 colds a year. Each cold lasts 7-10 days. So you could spend up to 40 days of your year with a cold. That’s 10.9% of your year at sub-par performance.
Exercise regularly to minimize the risk of this
So how do we go about achieving happiness if it is not derived from our success? Many believe that the answer lies in the practice of Positive Psychology, which is defined as:

Regular exercise can strengthen the Intercostal Muscles. These muscles are responsible for helping your lungs open up to breathe in Oxygen and push out Carbon Dioxide. Furthermore, exercise assists in the efficiency of the uptake of oxygen into our blood cells.
Effect on productivity: Increases efficiency in breathing will allow us to feel less sluggish while working on a task. Furthermore, this increases the ability to use increasingly common breathing techniques.

Feeling sluggish? The last thing you may want to do is exercise. However, anyone who exercises regularly will tell you of the energy they feel after exercise.
Multiple studies back this up. Researchers at the University of Georgia found that sedentary, otherwise healthy adults who engaged in as little as 20 minutes of low-to-moderate aerobic exercise, three days a week for six consecutive weeks, reported feeling less fatigued and more energised.
Effect on productivity: Increased energy levels will lead to an increase in the time and quality of tasks you complete. Integrate a 30 minute run in your morning routine and watch your productivity shine through.

Exercise improves our mood, but researchers don’t yet know exactly why. Exercise increases the release of feel good chemicals such as Seratonin and Endorphins. It helps distract you from anxious thoughts, but can also help you deal with them effectively. Furthermore, exercise improves sleep and boosts energy levels which improves mood.
It is likely that the improved mood derived from exercise is owed to a combination of the above factors.
Effect on productivity: Think back to some of the best work you have completed. Did you complete this while in a good mood, or a bad mood? When in a positive mood, we produce higher quality work, we are more creative and more self-confident. This greatly improves
productivity.

Hit a wall in your work? Go for a run. Get outdoors. It’s fascinating how many entrepreneurs we have spoken to have come up with their best ideas while out exercising.
While there are no studies available on this. It is likely down to a combination of the feel good chemicals released when exercising and the change of environment. The outdoors is inspiring in a modern world. Use it.
Effect on productivity: Exercising helps in creating headspace. This is particularly effective when you are stuck on a project or looking for new ideas. Tip: Set aside 30 minutes every morning to practice this.

Exercise can increase intelligence in two ways. Firstly, oxygen flows more freely to the Prefrontal Cortex – the area of the brain used for planning and reasoning. Secondly, participation in exercise that demands quick responses boosts your intelligence.
This can be applied to all aspects of your daily activities.
Effect on productivity: Increasing the performance of our Prefrontal Cortex allows us to apply improved planning and reasoning throughout the day. In turn, this allows us to complete tasks more efficiently.

Think your tough? There’s always room for improvement. A certain type of person will tell you how exercise has built up their resilience to tasks ahead. These are the people that exercise to targets or goals. This can be applied to all sports.
Exercise is a great tool in building up our resilience, which can be applied to other aspects of our life. Shaving a minute off that 5km run, or beating that opponent at tennis.
Sport is an incredible way of building resilience because it provides direct feedback. It trains you to push through the tough to get the best out of yourself.
Effect on productivity: Improved resilience allows us to respond well in times of discomfort and stress.

Improved muscle use increases demand placed on your glands to produce hormones. Furthermore, increasing your muscle mass helps your body produce Androgens. In turn this helps men and women maintain their sexual functioning. As listed above, exercise can also increase your emotional resilience.
What is the link between sex life and productivity you may ask?
Effect on productivity: There are three main links that have been reported. Firstly, sex is reported to create mental and emotional stability. Secondly, as with exercise, sex is reported to increase cell growth in the Hippocampus part of the brain. Finally, Oxytocin, the hormone we know as responsible for love also works as a natural sedative for a fulfilling sleep.

In short, your aerobic power is the ability of your body to transfer Oxygen from the air you breathe to the tissues in your body. A general rule is that this capacity reduces by roughly 1% per year you grow older. Regular exercise is reported to halve this decline.
Effect on productivity: Enjoy the effects of decreased aerobic power loss later in life and get more out of your life and exercise.

Whether you’re young or old, diabetes is a risk for all of us. Around 6.6% of the British population are diagnosed with diabetes. There are a number of ways to reduce this. One of these is regular exercise. By doing this, you improve the body’s ability to metabolize glucose, which is central to offsetting type 2 diabetes.
Effect on productivity: The symptoms of diabetes include many issues which inhibit productivity. Lowering the risk of diabetes increases your chances of remaining productive into your older years .

As exercise becomes habit, or particularly if you partake in competitive sport, you will see your motivation soar.
You see, it may be that you are feeling unmotivated to exercise. But once you start, exercise becomes self-fulfilling in making us more motivated. Naturally this can spill over to other aspects of our life.
By exercising in a club, or towards goals the motivational effect is twofold. Firstly, we become motivated to exercise more. This brings the other health benefits listed in this article. Secondly, the motivation we feel towards that form of exercise can spill over and help us feel more motivated in general.
You can read further into it in this article.
Effect on productivity: In short, the increased motivation derived from exercise can have a profound effect on your life. Try it.

Conclusion
If you are able-bodied and you are not completing moderate exercise at least twice a week, it’s time for a change.
The internet is full of science-backed research stating the mental and physical health benefits of regular exercise. It’s time to look further than that. Look at the positive impact this will have on your life, your family and your habits. The internet is also packed with exercise inspiration and work outs – use them.
We are more connected than ever before. Join a sports club. Join the gym. Over 63% of Americans use a computer for the majority of their work and an even greater percentage work inside. It’s time to get outdoors whenever possible. You’re not short of information on exercising.
It’s time to use it.
Want to add something? Get in touch!

Get Your FREE copy of 118 Page Productivity Secrets

Get Your Free Copy of Productivity Secrets to Reveal:

Enter your email below to get your free copy!

Mission: Zelo’s mission is to empower people to live more productive, successful and fulfilling lives, through the development of positive daily habits.

The Zelo Journal: A Planner, Diary & Organiser, designed to turn your goals into daily action.